skip to main | skip to sidebar

Writer's Island this week asked us to think about the unforgettable events in our lives.

When I was 17 I left New Zealand to spend ten months in Holland on an AFS student exchange programme. I had grown up in a small town on the outskirts of New Zealand's largest city, lived in the same house all my life, and up to the day I got on that Singapore Airlines plane the only other overseas travel I'd experienced had been seven days in the Cook Islands with my family. My host mother later graciously described me as having been 'young for my age'. In fact I was extremely sheltered and had very little knowledge of the world outside of my little West-Auckland valley.

I remember how strange it felt to say goodbye to my parents for the last time. I remember walking into the Customs area, looking back to see them standing there forlornly, then turning with a grim finality towards the gate, acutely aware that I had just looked on them for the last time in what then seemed like a very long time.

Not long after I sat with the four other young Kiwis flying to Holland that day. As the plane geared up for take-off I whispered "I can't believe I'm doing this". "Neither can I," said the boy sitting next to me. "No", I countered, "I REALLY can't believe I'm doing this". I was telling the truth, I really couldn't believe I was leaping off that cliff. I was a home-body. Other people's lives made me nervous. I was a picky eater, I was shy. I really wasn't quite sure what I'd thought I was doing when I applied.

Of course I survived. I survived my first host mother, who decided she didn't like me the very day I arrived, simply because I didn't drink tea or coffee. I spent three months wondering what I might have done that would next bring her wrath down upon me. Once it was leaving my towel on the bedroom floor. Once it was putting my jeans in the wrong washing basket. Once it was not eating my liver. On the day I left it was her discovery that I had been overwatering a pot plant in my bedroom. I survived that, I survived the family's trip to a nudist colony, and I survived cycling twenty kilometres per day to school and back, even in the middle of winter. When I left it was because of the tragedy that was my sweet host father's worsening cancer, not because of any admission of defeat on my part.

If those first three months felt like an exercise in survival the rest of the exchange was a wonderful adventure. Joosje worked in a literary bookstore and at home had an English language library full of contemporary novels. She was worldly, considered, and had a remarkable instinct for guiding a naive young New Zealand girl through the world. I learned to get on well with the one host brother who still lived at home. We were the same age, and once I learned that he didn't understand my Kiwi sarcasm we got on just fine. I ended up dating one of the other two brothers, although I never got to know the oldest that well, and my host father and I never really quite got up the nerve to work each other out either. Nevertheless, I had a deep respect and admiration for all of them.

I know that I would not be the person I am today had my parents not made sacrifices to ensure that I was able to get on that flight. Those ten months of my life, although so long ago now, were truly unforgettable.

NB: If you want to read a poem about an unforgettable experience of a completely different kind, check out my last post. After publishing it I realised I had written this poem three years to the day after the event. The subconscious is a powerful thing!
Posted by Pip at 7:08 PM

What an amazing experience. You are clearly all the stronger for it.

I have never, I repeat, Never, lived in any place longer than I've live here and that is 13 years. I can't imagine what that all must have been like. Wow!

What an amazing journey to get you to here! Thank YOU so much for sharing! Excellent post!

Oh I could relate to this post so much, I embarked on such a trip a decade ago and never looked back...changed me completely.

I know exactly what you mean. I went to a Holland with a friend, just for 2 weeks. It was pretty much the same experience. We stayed with my friend's grandmother and she yelled at me alot. It was a good experience to be apart of another culture. I learned alot and was 17 also! For you to go off on such a journey at that age for such a long time, is amazing and you stuck it out! Truly unforgetable!

Funny how things work out. It started out badly but ended up really really well for you.

Thanks for that - I enjoyed reading what you wrote very much. The poem's exquisite.

Pip
Wellington, New Zealand
I'm a runner and a mum to far too many cats and two spoiled greyhounds. I am of late a very occasional writer. I live in Wellington in a ramshackle villa on the side of a hill. During office hours I do the public servant middle management thing and formulate my ten year plan to move to Central Otago to run the family vineyard. 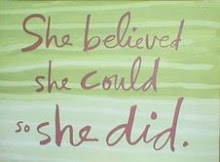